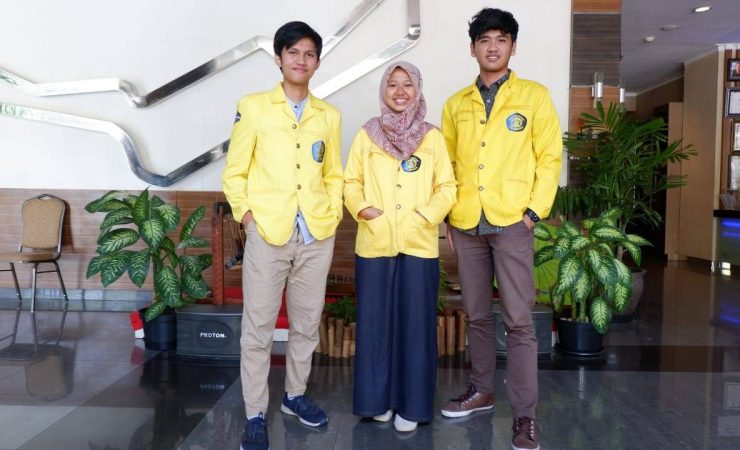 The Ministry of Research and Technology through the Directorate General of Learning and Student Affairs (DG Belmawa) once again holds its 31st annual National Student Scientific Week (PIMNAS).

This year, Yogyakarta State University (UNY) is trusted by the Director-General of Belmawa Kemenristekdikti to be the host in organizing these activities.

FMIPA UI through its contingent has sent as many as 70 Student Creative Program proposals, the proposal was selected at the UI level.

From the selection results that managed to qualify and were announced to be champions at the peak of the event were the team chaired by Muhamad Iqbal Januadi Putra (Geography 2014) along with his team members namely Diki Nurul Huda (Geography 2016), and Fida Afdhalua (Geography 2015).

Iqbal and his team won the first place in the Creative Students category in the presentation category by carrying out a proposal entitled Detecting Oil and Gas Reservoir through Mapping Micro-Hydro Carbon Seepage with Satellite Imagery. for the acquisition, Iqbal and the team took home a gold medal.

PIMNAS is the culmination of a national-scale student scientific activity that serves as a forum for scientific meetings and communication of student creation products that are attended by students or groups of students. This activity aims to open up opportunities for developing students’ potential in scientific activities.

In his remarks, Rector of UNY, Sutrisna Wibawa said that this activity was an opportunity for students to develop their potential and creativity. The 31st PIMNAS has the theme of realizing superior, creative and innovative students based on piety.