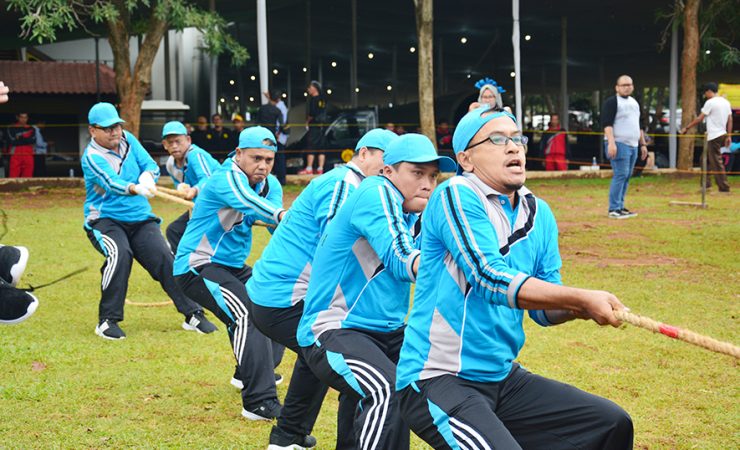 FMIPA UI participated in the 70th Dies Natalis of Universitas Indonesia through various competitions, such as tug of war, maumere dance, decorating Indonesian rice cone, and long walk. The excitement of the competition took place on February 5th and 7th, 2020.

51 participants from the entire FMIPA UI team struggled to enliven the event with the theme “ UI as a pillar of National Competitiveness “. They consist of students, employees, and teaching staff of FMIPA UI, with the full support of the FMIPA UI Managements.

On Wednesday, February 5th, 2020, took place in the lobby area that connects the rector’s building and the Balairung, the tug of war competition was held. 20 participants from 2 FMIPA UI tug of war teams, such as the male and female team participated in this competition.

On Friday, February 7th, 2020, the FMIPA UI team consisting of 15 participants presented a short chant and began to take swift steps at the starting line, to walk around the route determined by the committee. Along the way, the FMIPA UI walking team sang a chant.