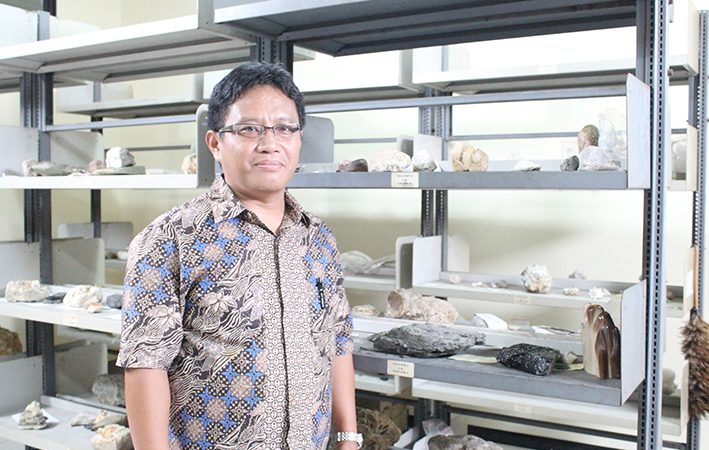 As has been announced by The Quacquarelli Symonds World University Ranking (QS WUR) by Subject in 2020 recently, that 12 fields of study at the University of Indonesia (UI) from 4 broad subject areas succeeded in entering the ranks of international rankings.

Head of the Geography Department Dr. Supriatna, M.T. considered that the achievement of the proud was hard work and support of many parties, especially the teaching staff, researchers, and students.

He also explained that to achieve the success of this ranking, Geography FMIPA UI has implemented many programs that become quality standards used by QS WUR 2020, namely those programs include the reputation of Human Resources (HR), H-Index Citation (the measure of productivity and the impact of works published by a scientist), the quality of academic work, and academic reputation.

Young geography FMIPA UI lecturers starting in 2018 are encouraged to provide support to senior lecturers by engaging in national and international research grants.

Through these studies, accompanied by the productivity of scientific journals of the lecturers and researchers, until 2019 Geography FMIPA UI produces up to 30 publications per year.

In this research collaboration, Dr. Supriatna M.T. claims that some of the teaching staff at the Department of Geography FMIPA UI are directly involved to help complete research projects conducted by foreign researchers in Indonesia. They helped one of them in terms of conducting surveys.

“Many colleagues from overseas research in Indonesia. They asked for help and collaboration with our staff to participate in a research collaboration survey so that the names of FMIPA UI Geographies appear in the research paper,” said Supriatna to the FMIPA UI Public Relations team.

In addition to research collaboration, the collaboration of academic and student activities with foreign universities is also pursued by Geography FMIPA UI, which is student mobility, student exchange, and joint field schools with Sidney University, University of Malaya, and the University of Putra Malaysia.

Regarding the quality of academic work and academic reputation, journals produced by the lecturers and researchers of FMIPA UI Geography were written and published in English, involving editors from various countries such as Japan, Australia, UK, and even Africa.

This activity is at the same time to improve the H-Index Citation of lecturers, and researchers, as well as the ability of students to produce publications.