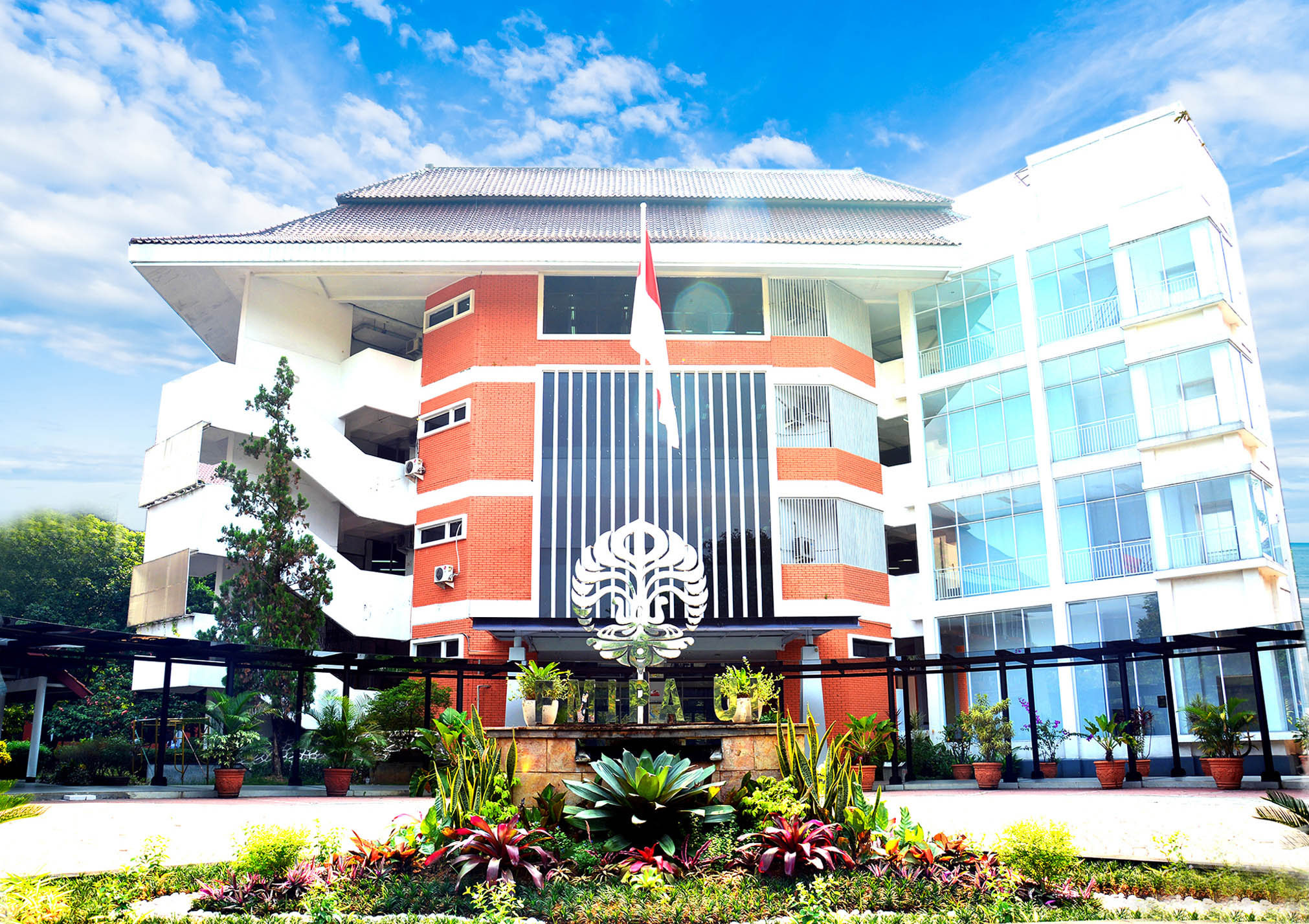 The history of the establishment of FMIPA UI is inseparable from the great history of the founding of the University of Indonesia. FMIPA UI at the beginning of the establishment of the University of Indonesia was known by the name of the Faculty of Definitive Science and Natural Science (FIPIA), located in Bandung. In line with the development of the UI which is centered in the national capital, the faculty was later released to become one of the faculties managed by the Bandung Institute of Technology (ITB) which was opened in 1959.

Furthermore, the University of Indonesia plans to establish a FIPIA based in Jakarta. This was also based on a plan from the Department of Education, Teaching, and Culture at the time that sought advice from several experts at the University of Indonesia. This plan was then followed up with a meeting of the experts on May 18th, 1960. led by the Chair of the Presidium of the University of Indonesia, Prof. Dr. Soedjono D. Poesponegoro. The meeting was also attended by Prof. dr. R. Slamet Iman Santoso, Prof. dr. Soetarman, Prof. dr. B. Sjahriar Rasad, Prof. Dr. Ir. Tojib Hadiwidjaja, Prof. dr. G. Siwabessy, Ir. Kuntoadji, Ir. Jasif Iljas, Dipl. Ing. Sudjito Danusaputro, and Drs. Lauw Soan Keng. The Department of Education, Teaching, and Culture requested that the expert’s advice in this meeting be produced in September 1960. Also, this meeting succeeded in forming a FIPIA establishment committee chaired by Drs. Lauw Soan Keng, with members Prof. dr. G. Siwabessy and Ir. Kuntoadji. The task of this committee is to make a report on the possibility of establishing FIPIA-UI in Jakarta as soon as possible.

The first step was taken by the establishment committee of FIPIA after this meeting was to contact several experts in Definitive Science and Natural Science who taught at the Faculty of Agriculture and the Faculty of Veterinary Medicine, the University of Indonesia in Bogor, and at FIPIA ITB. The experts include Drs. S.A. Manus (Geology, UI-Bogor); Dra. Sri Sabani Soemartono (Botani, UI-Bogor); Dr. S. Somadikarta (Zoologi, UI-Bogor); Prof. Dr. Ir. Soemantri Brodjonegoro (Chemistry, ITB); Prof. Dr. Ong Ping Hok (Physics, ITB); Drs. Isjrin Noerdin (Chemistry, ITB); Drs. E. Noerhadi (Botany, ITB); and Mahargo Suprapto, Mag. Scient. (Zoölogy, ITB). The experts are willing to help and contribute their energy and idea to teach at FIPIA which will be established at the University of Indonesia, Jakarta.

The Dean of FMIPA UI 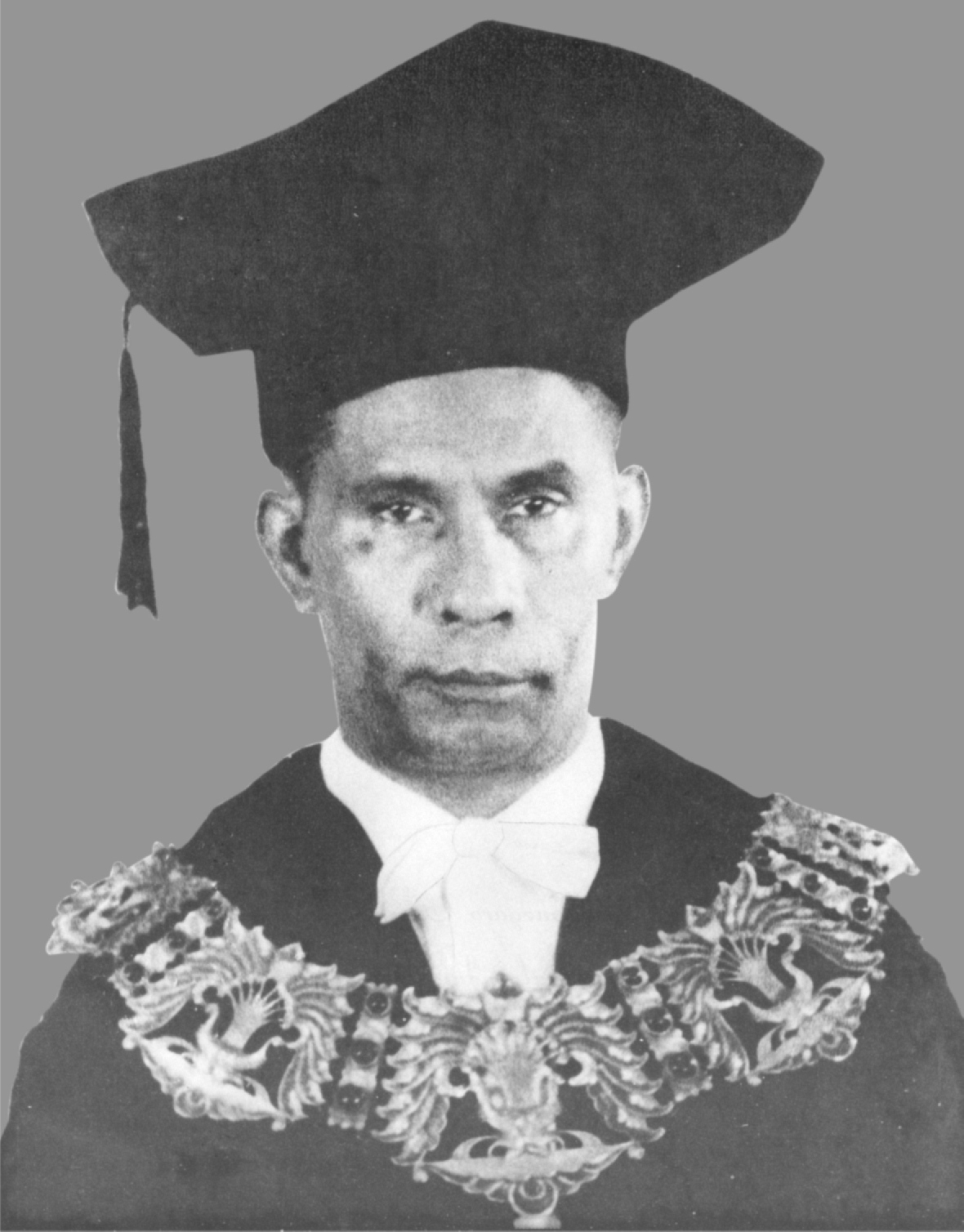 Prof. Dr. G. A Siwabessy was the first dean and one of the founders of FIPIA UI. He was the Dean of FIPIA UI for his tenure from 1961 to 1964. Also, he served as the Minister of the Health Republic of Indonesia, and one of the important figures in the National Atomic Energy Agency (BATAN) in the same period. His name is enshrined as the name of the largest nuclear reactor in Indonesia in Serpong, Banten. 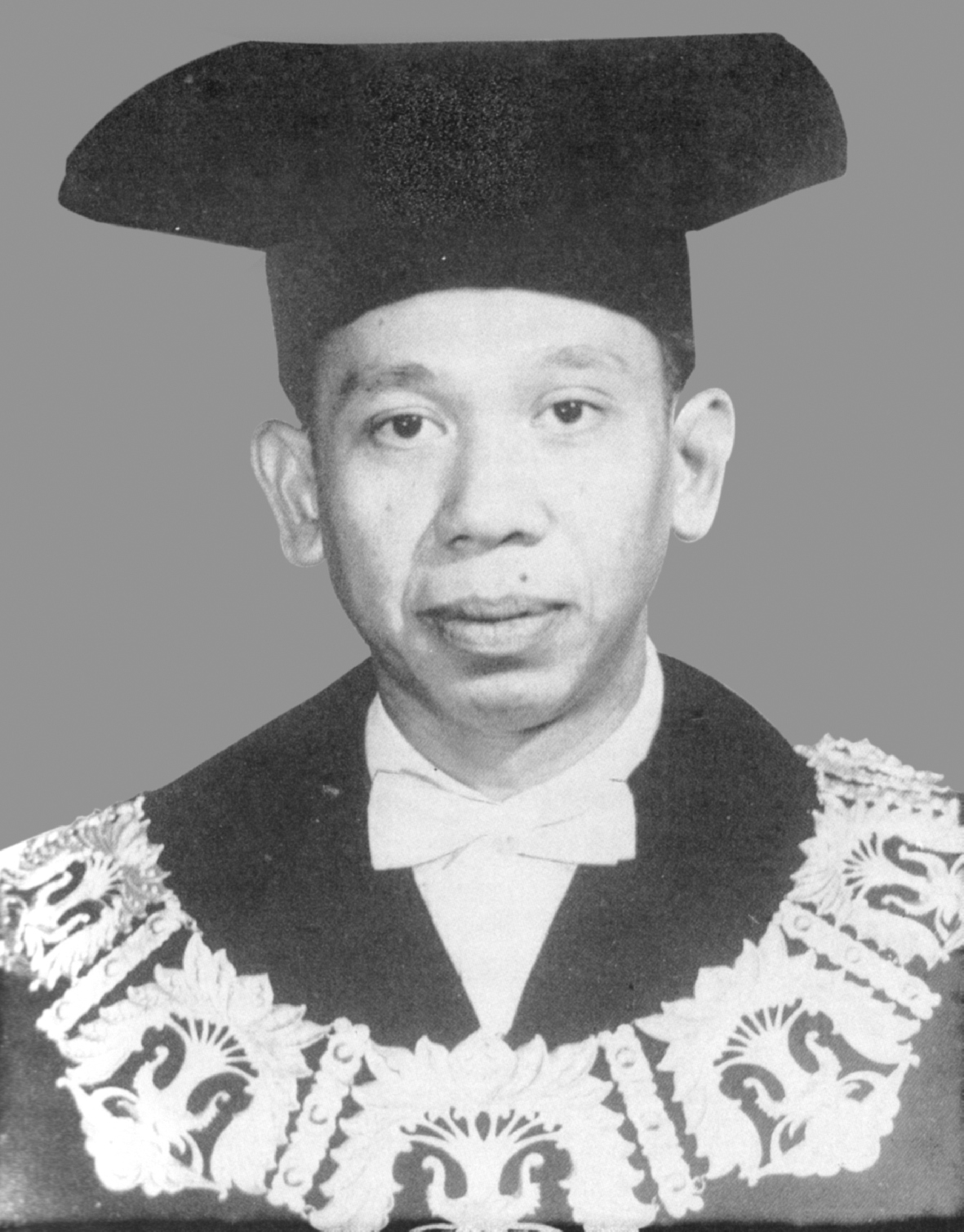 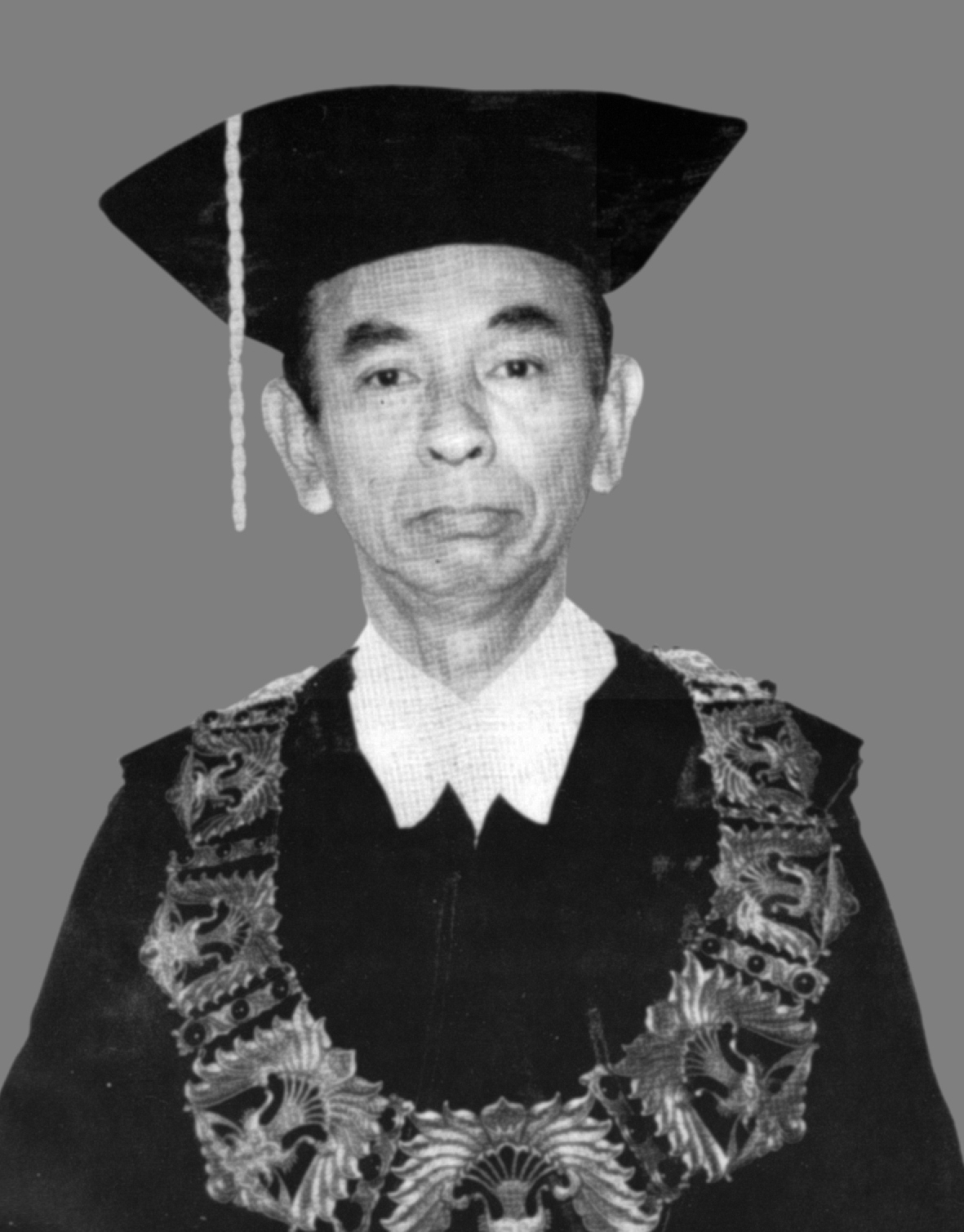 The continuation of FIPIA UI’s gait journey from 1968 to 1974 was led by the third Dean of FIPIA UI, Ir. Suwardi He briefly taught at the Bandung Institute of Technology and Gadjah Mada University after completing his studies at Technische Hogesschool Delf before working at FIPIA UI. Ir Suwardi ended the position of Dean of FIPIA-UI in 1974. In that same year, he obtained the functional position of Professor in Physics at FIPIA UI and gave an inaugural speech on 3rd August 1974. 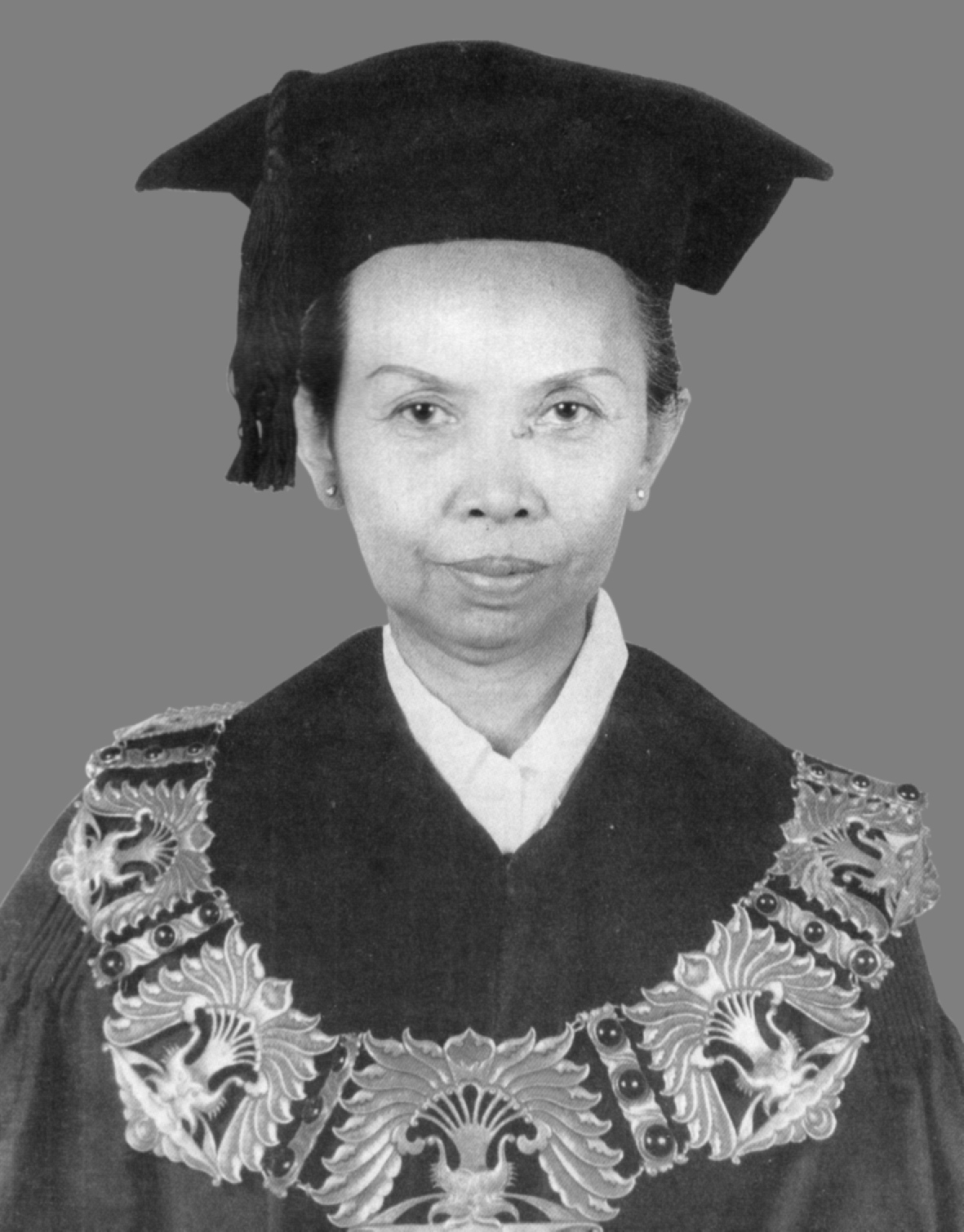 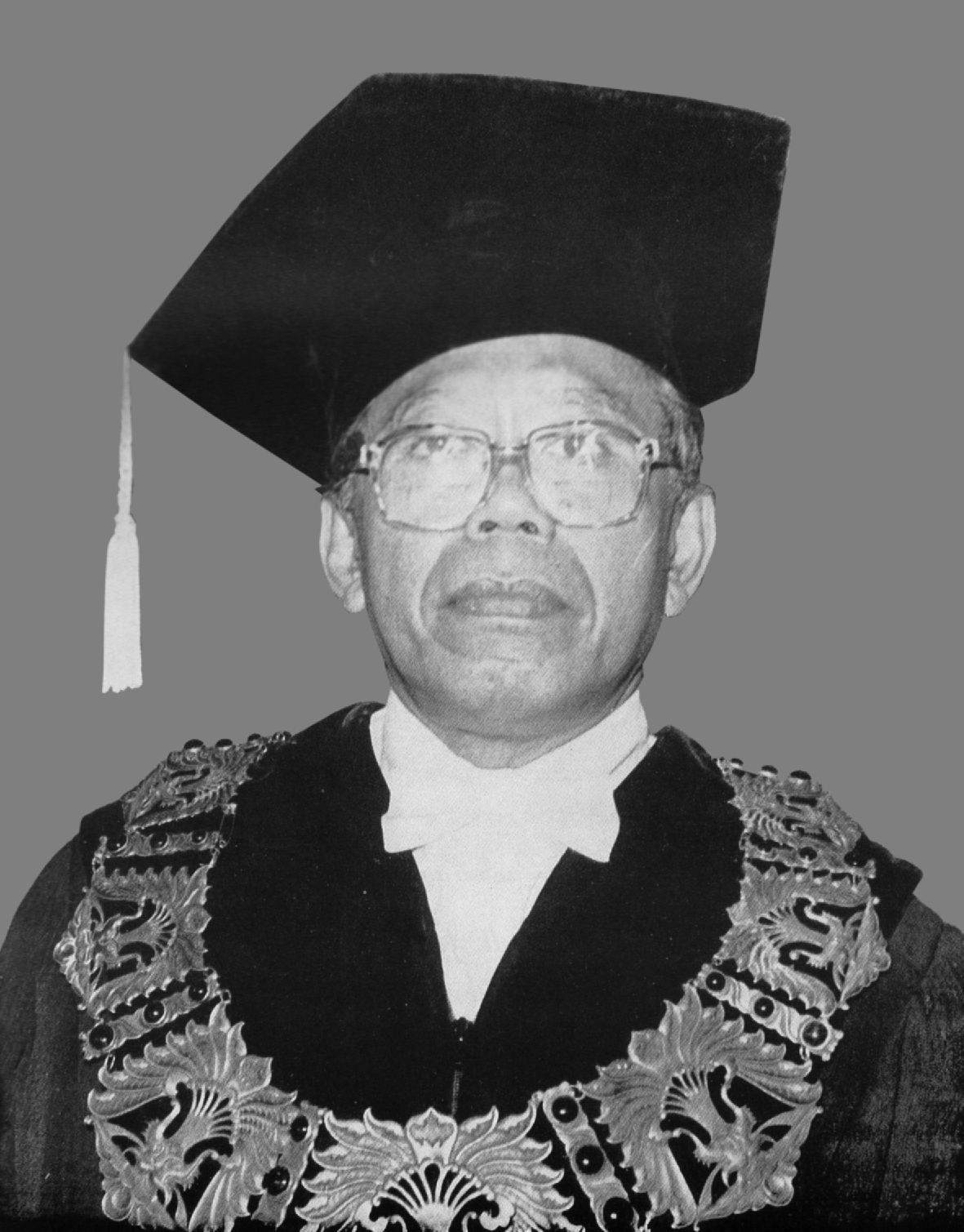 The leadership period of the FIPIA UI Dean from 1978 to 1984 was entrusted to Prof. Dr. Soekarja Somadikarta. Before becoming a permanent teaching staff at FIPIA UI on September 1st, 1963, he was a permanent teaching staff at the Faculty of Veterinary Medicine (FKH), University of Indonesia, Bogor.
His education was a Bachelor of Arts (B.Sc.) graduation.
Department of Biology Faculty of Natural Sciences UNAS (National University) Jakarta on 11th October 1953, and then on 29th May 1959 obtained the title “Doctor” der Naturwissenschaften “from Mathematisch Naturwissenchaftliche Facultat Fre Universitat, West Berlin. 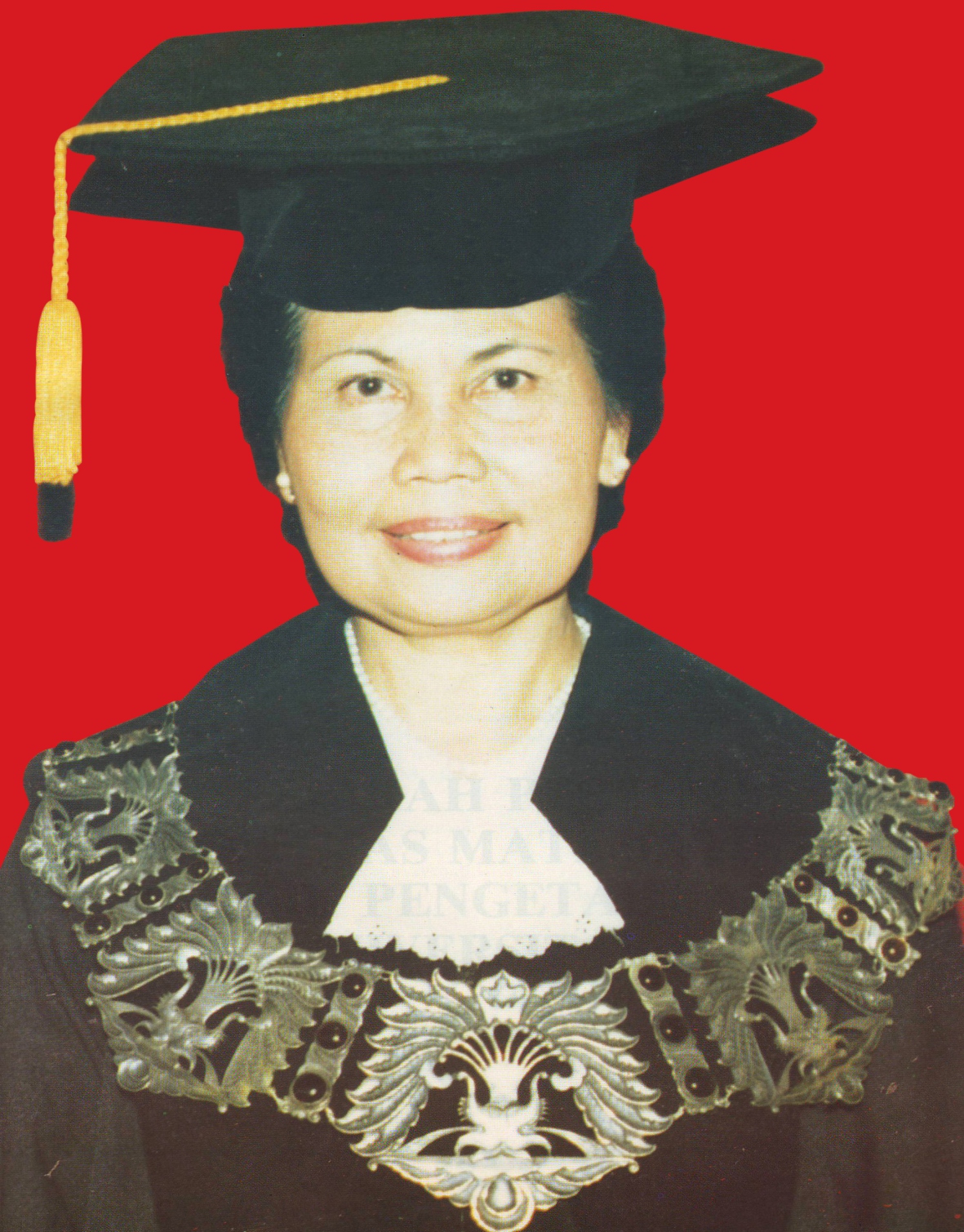 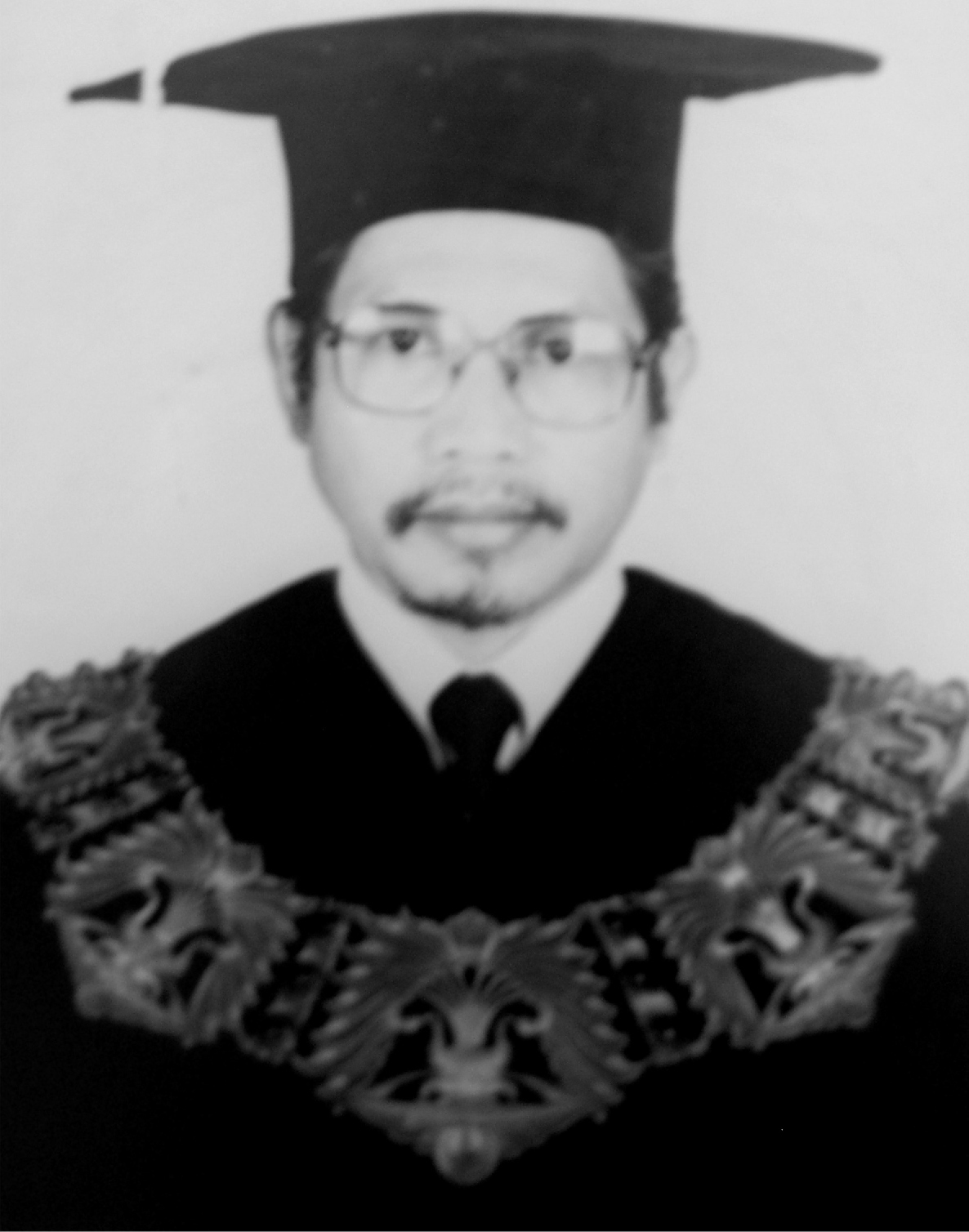 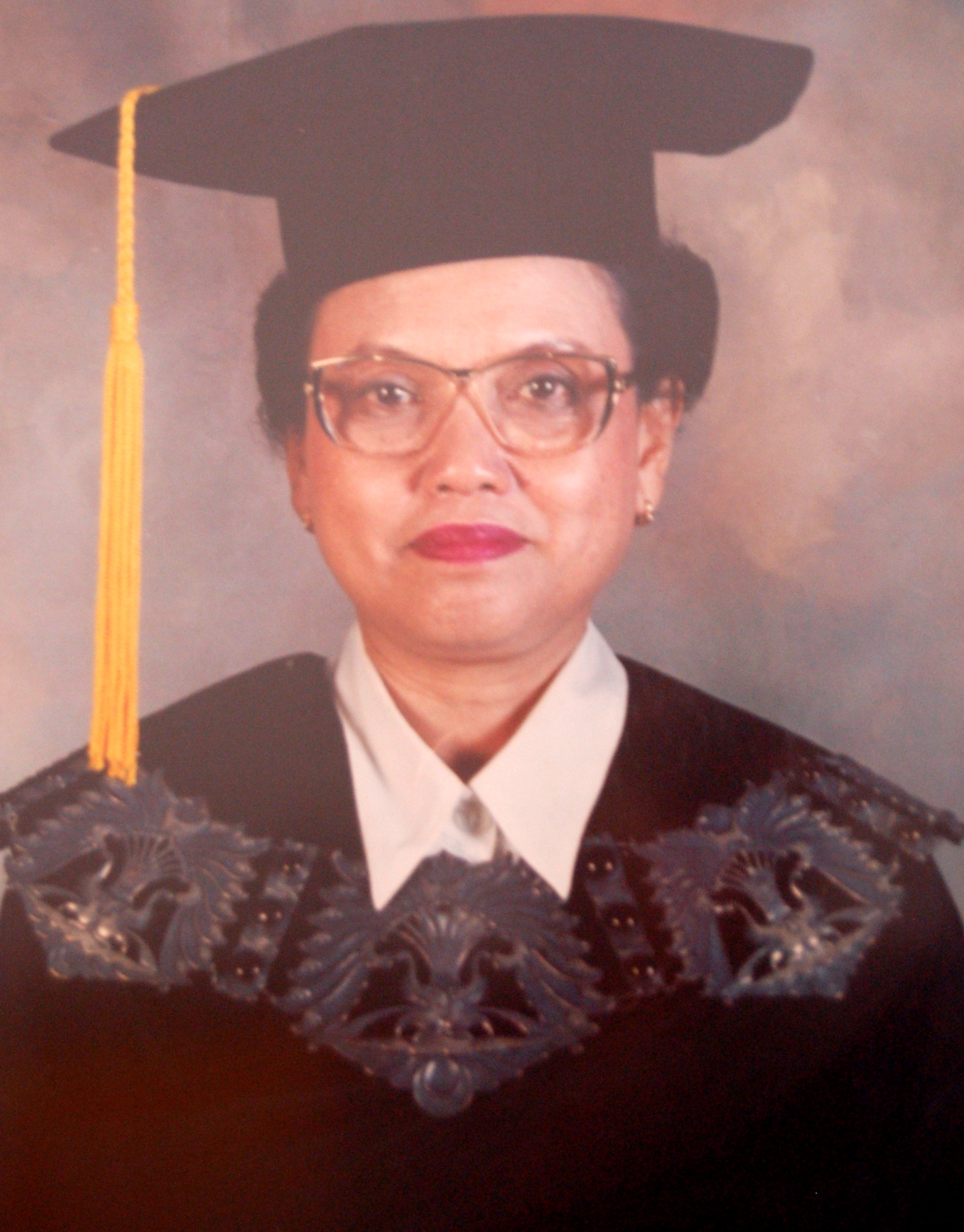 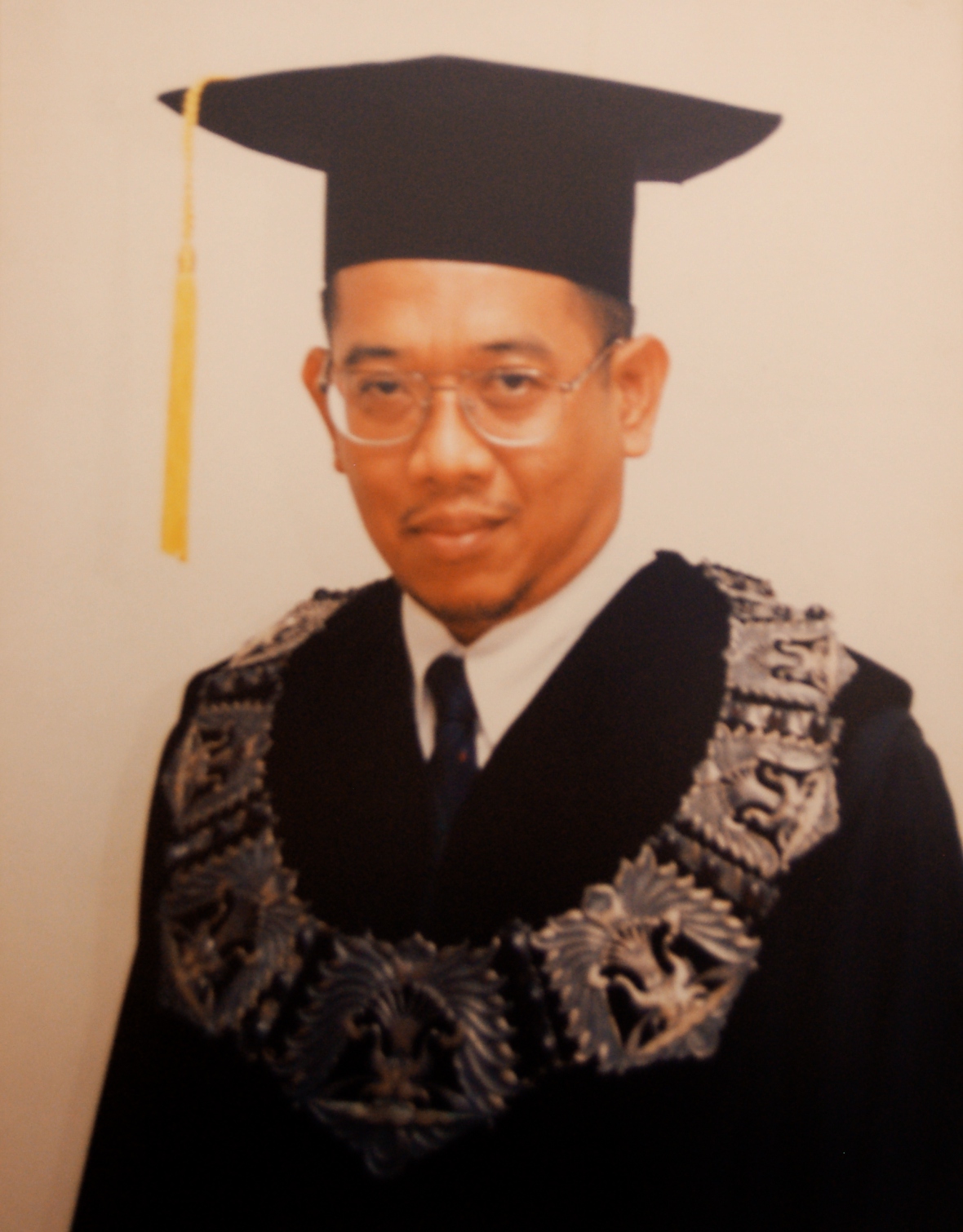 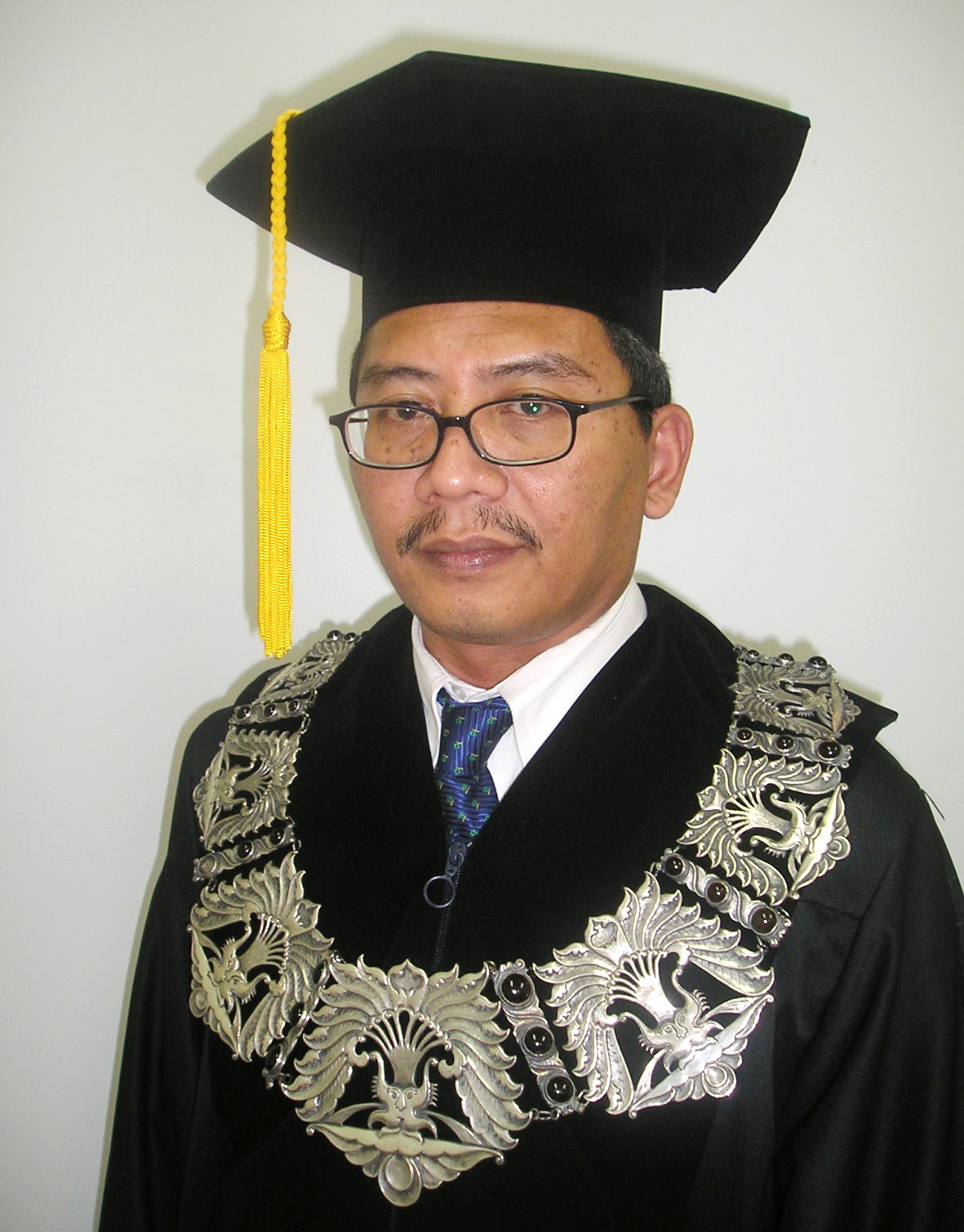 Dr. Adi Basukriadi, M.Sc., is the dean of the 10th FMIPA UI with his tenure in 2004-2013, he is an expert in entomology and ecology at the Department of Biology of FMIPA UI.He completed his doctoral degree in entomology at the University of New Castle, England. 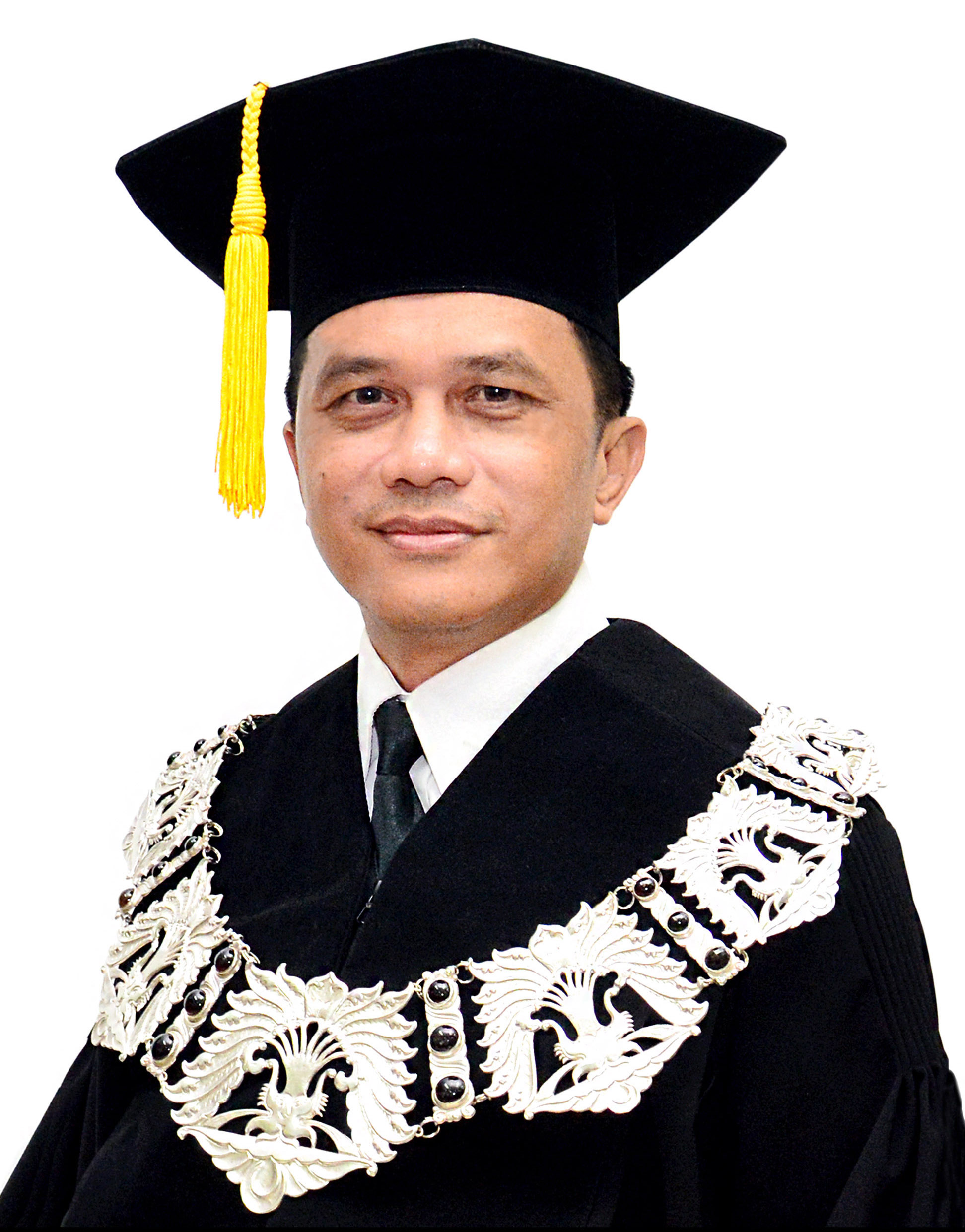 Prof. Dr. rer nat. Abdul Haris, M.Sc. is an academic staff member in the Geology and Geophysics Study Program, Faculty of Mathematics and Natural Sciences, University of Indonesia (FMIPA UI). He earned his Bachelor’s and Master’s degrees from the Physics Department of FMIPA UI and continued his doctoral studies in the field of Geophysics at Kiel University, Germany. In 2019 he was inaugurated as Professor of Geophysics in FMIPA UI. In his career as a Lecturer at FMIPA UI, he showed his active role in campus activities which began as Secretary of the Physics Master Program (2003-2004), Manager of Research and Community Engagement at FMIPA UI (2004-2008), which continued as Secretary of FMIPA UI (2008- 2013) and in 2014 he was chosen as Dean of FMIPA UI for the 2014-2018 period. During his time as Dean of the Faculty of Mathematics and Natural Sciences UI, he was also active and was the Chairperson of the Organization of the Association of Educational Organizers in Mathematics and Natural Sciences (MIPA-net) for the 2014-2016 period. In his work as Dean, he showed concrete achievements in the development of FMIPA UI so that he was re-elected for the 2018-2022 period. In 2019 he was appointed as Vice Rector for University of Indonesia Research and Innovation for the 2019-2024 Period, and ended his position as Dean of the Faculty of Mathematics and Natural Sciences UI in 2019. 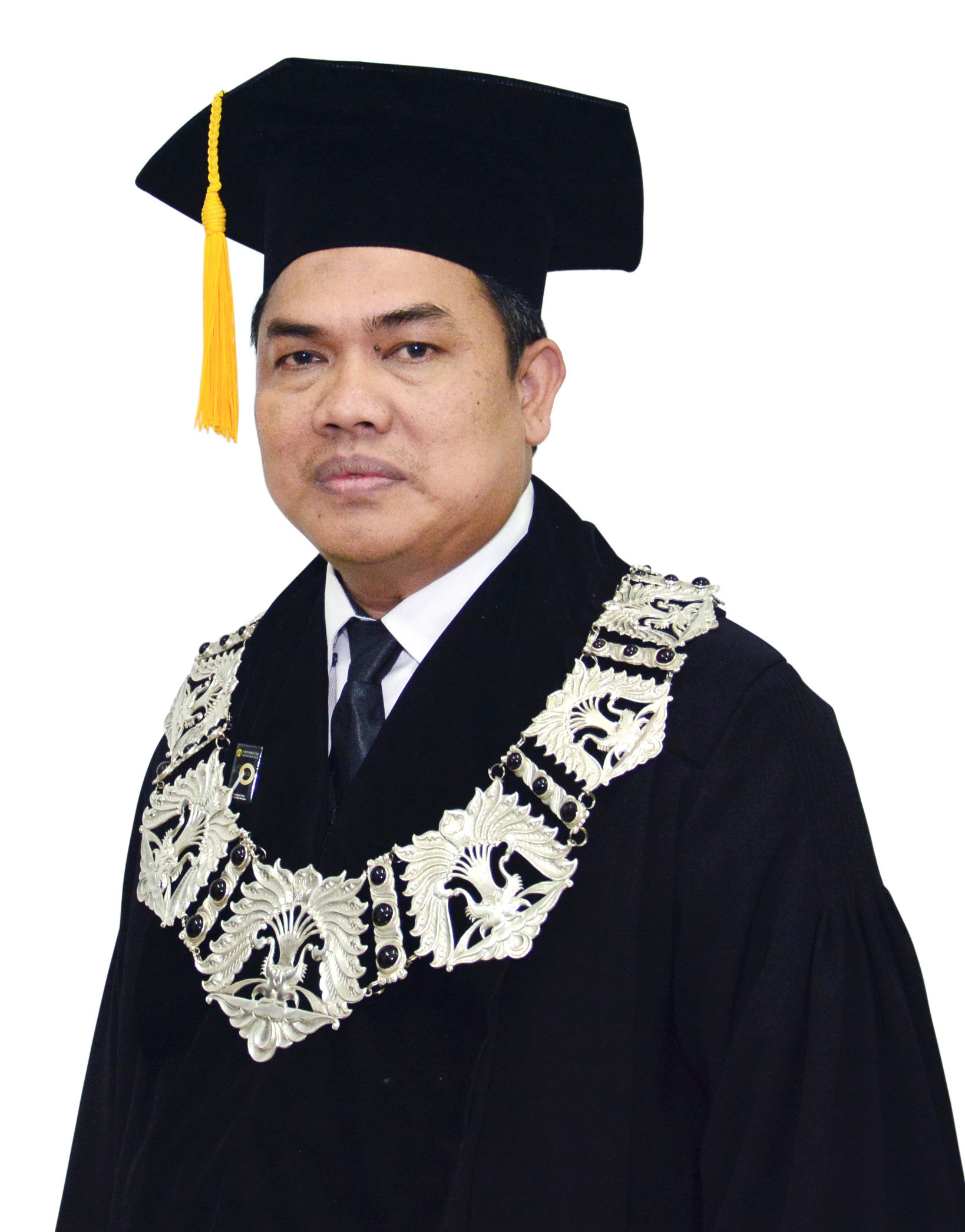 Dr. Rokhmatuloh, S.Sc., M.Eng. is the Dean of FMIPA UI in 2020-present. The man who was born on January 4, 1971, earned his bachelor’s degree from the Department of Geography, the University of Indonesia in 1996. He began his career as a lecturer in the Department of Geography, teaching subjects on remote sensing and water photo interpretation. After six years, he had the opportunity to continue his studies at Chiba University, Japan supported by Monbukagakusho, Japan. Here, he registers at the Center for Environmental Remote Sensing (CEReS) – Chiba University. During his master’s studies, he attended several local and international conferences. His research interests include radar speckle noise filtering, percent tree cover, global land cover mapping, and ground truth selection. He obtained his Ph. His D in remote sensing is also from Chiba University. He teaches undergraduate, master, and doctoral students with a focus on remote sensing and GIS applications for disaster mitigation, regional development, environmental management, digital image interpretation, and data integration.