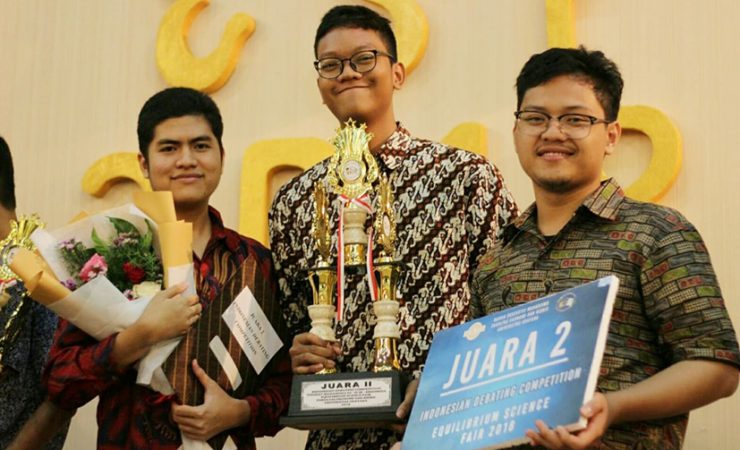 Jidan Yusan Zenadin, a student of the 2016 Mathematics S1 study program at FMIPA UI who joined the Universitas Indonesia debate team, won the 2nd place in the Indonesian Debating Competition.

This was announced at the Awarding Night at Werdhapura Auditorium, Sanur on August 2, 2018.

Zenadin and the team managed to get rid of several teams from other universities including the host in the preliminary round which was held on 1 August 2018.

The Indonesian Debating Competition (IDC) is one of the contests of the entire series of events at the Equilibrium Science Fair (ESF). This activity was held on 1-2 August 2018 at Udayana University, Bali.

The Equilibrium Science Fair (ESF) itself is one of the work programs of Division 1 of the Student Executive Board (BEM) of the Faculty of Economics and Business (FEB) of Udayana University.