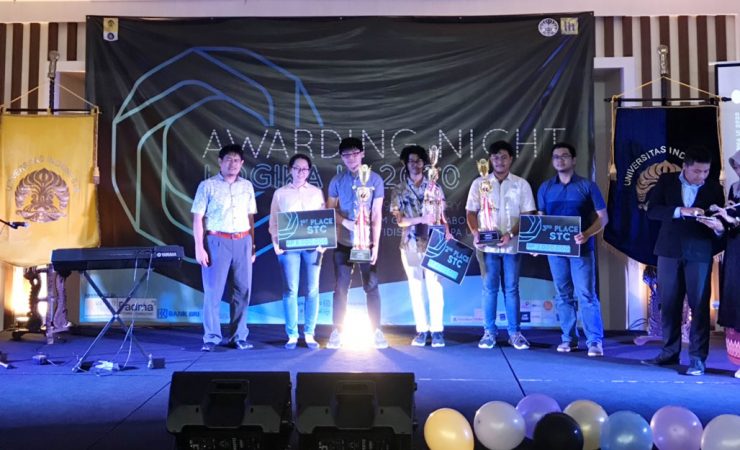 The awarding night event which was attended by the Vice Dean for Education, Research and Students Affairs FMIPA UI, Dr.Techn. Joko Triyono, this was held at FMIPA UI Multidisciplinary Research Laboratory Building at 19.00 WIB.

In the event which also became the closing of series of activities in LOGIKA UI 2020, it was announced that the participants who won the competition in the LOGIKA UI 2020 were also announced.

The 1st place of Paper Competition, as well as the best poster title, won by Martinus Julius, Edbert Theda, and Bella Belinda (FMIPA UI 2016). Martinus and the team eliminated of 42 other teams in this category, followed by Bimo Noufal Pratama with the title of the best presenter.

Also, the other teams from FMIPA UI, Fernando Namora & Rilo Chandra, contributed the 3rd place in the Statistical Team Competition (STC) category, as well as the Bimo Noufal Pratama, Fatia Marwa and Rivan Pratama Yuda teams, adding to the long line of championships they won. by FMIPA UI contingent, with his achievement as the 3rd winner in the Paper Competition category