The Importance of DNA Analysis in Preventing Crimes Against Wildlife

The Importance of DNA Analysis in Preventing Crimes Against Wildlife 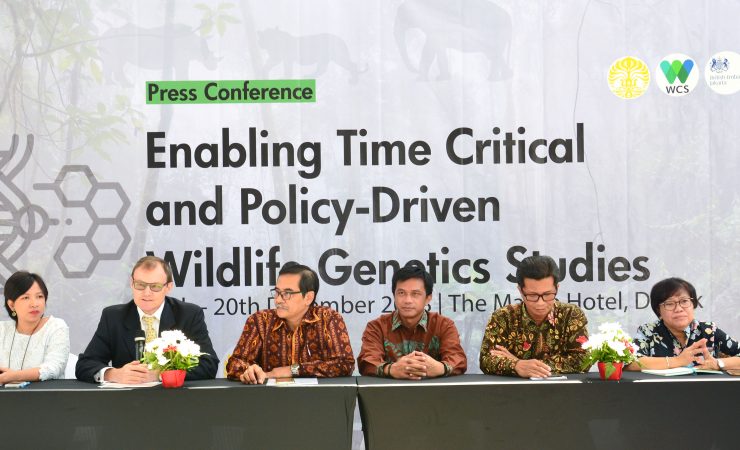 Wednesday (19/12) Departement of Biology FMIPA UI collaboration with Wildlife Conservation Society (WCS) with the support of the British Embassy held a national seminar on Genomic Technology and Forensic Molecular Wildlife in the Margo Hotel, Depok.

The seminar was held until Friday (21/12) is an effort to strengthen research related to wildlife genetics that can support law enforcement in handling cases of crime against wildlife.

Dr.rer.nat. Abdul Haris as the Dean of FMIPA UI officially opened this event, in front of 150 participants and national and international speakers. He said that tackling illegal wildlife trade in Indonesia requires various new approaches, for example the use of the latest technology, namely DNA based forensic wildlife.

“Research through animal DNA can be obtained from several sources such as blood, hair, feces, urine, bones, and also saliva.” Haris added.

The Director of WCS Indonesia, Noviar Andayani, explained that biodiversity conservation research in Indonesia is still very limited and not yet a priority in molecular biology research institutions. Therefore, this seminar is expected to be able to increase the capacity of Indonesian scientists in conducting genetic research on wild animals and improving conservation management of protected species nationally and registered at the CITES (Convention on International Trade in Endangered Species of Wild Fauna and Flora) and formed a national consortium to strengthen research related to wildlife genetics.

In Indonesia, wildlife genetics can be used to:

Moreover, techniques for using DNA analysis are also very important for law enforcement against wildlife protection in Indonesia. This is because DNA analysis can provide accurate data on quota arrangements for sustainable use of wildlife in Indonesia (under PP 8/1999 on the use of wild plants and animals) and CITES.

So that through this DNA technique it is expected to strengthen law enforcement by providing additional evidence that aggravates perpetrators in transnational illegal wildlife crime cases.

In addition, by conducting DNA analysis, law enforcement officials can also trace the origin of animals traded. For example, elephant tusks confiscated in Singapore and Hong Kong after tracing their origin through DNA analysis can be found to originate from elephant populations in Gabon and Congo-Brazaville.

Rob Fenn, Deputy British Ambassador to Indonesia fully appreciated this activity, according to him as a mega-biodiversity country, wildlife-based DNA detection plays an important role for the sustainability of wildlife conservation and biodiversity in Indonesia.

“We hope that this seminar will inspire many parties to engage in wildlife conservation activities in Indonesia and support law enforcement against wildlife crime and trafficking cases”. said Fenn.