The UI Basketball Team Runner Up City Series, the biggest basketball league among universities in Indonesia

The UI Basketball Team Runner Up City Series, the biggest basketball league among universities in Indonesia 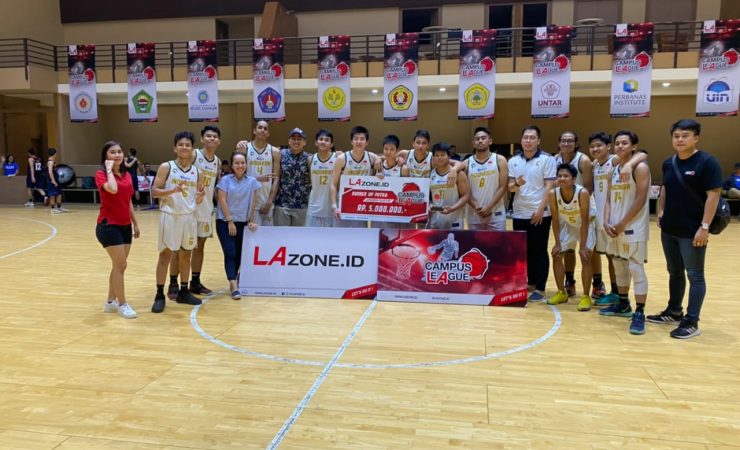 The City Series is a series of activities as well as the development of the LACL program in previous years, so this year’s city series is the first city series in the LACL.

The purpose of holding this city series is to attract more participants (teams), by increasing the number of cities or regions from previous years. Until finally in 2020 Campus LeAgue runs nationally.

UI team members are dominated by FMIPA students, as many as 6 people. The rest are FT, FIB, FH, and Vocational Program students.

This was revealed by one of the team members, Athallah Ghiffary Nasution who is a chemistry department student at FMIPA UI.

To the FMIPA UI public relations team, Athallah explained, he and his team-mates had preparation time for 2 months before the match. During those 2 months he and his team practiced competing using colleagues outside the team as opponents (sparing), by competing similar to the real competition.

Athallah’s hard work with the team in this city series was rewarded with 5 million rupiah.

And here are the names of 15 UI basketball team students in LACL:

With this tournament being held, it is hoped that it will become one of the pathways for students to realize their careers as professional basketball players.